<Branding logo to be added here> 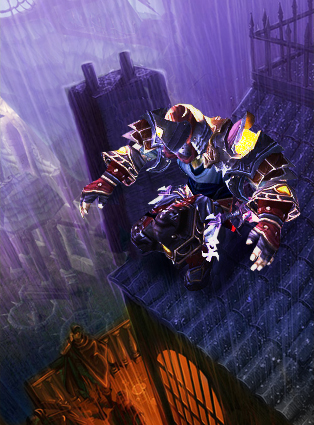 Home Residence : Small dwelling someplace on the roofs of Stormwind

McCall is a former Second Finger Echelon Stormwind Assassin, but having a natural aptitude for infiltration, reconnaissance and combat situations lead McCall to excel within Si:7 Special Forces. McCall's father Garrison McCall was a respected Knight of The Silver Hand, living in his fathers shadow and constant pressure from peers to fail, pushed young McCall to achieve daily. Hailing from a military family engraved a strict "..code of honor..." into his psyche.

Scott 'Visceril' McCall is noted as being an expert in the art of stealth and trained in various infiltration and interrogation techniques. Years of combat and espionage have shaped him into a highly intelligent tactician. Although he is not a blind idealist, McCall has dedicated his life to service in an effort to promote positive change worldwide, even at the expense of his personal life.

Search & Rescue: (Rescuing a noble gnome from the jaws of the dalaran alligator, detail TBC)

Breaking the Hammer: (Launching an assault from The Skybreaker to Ogrims Hammer RP event, detail TBC)

Exalted Insignia from League of Arathor 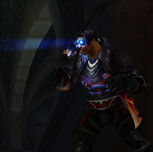 Darkspear Tattoo
Add a photo to this gallery
Retrieved from "https://stormwindintel.fandom.com/wiki/Visceril?oldid=4311"
Community content is available under CC-BY-SA unless otherwise noted.